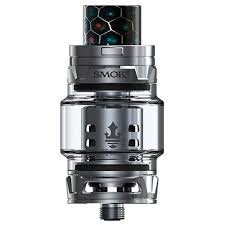 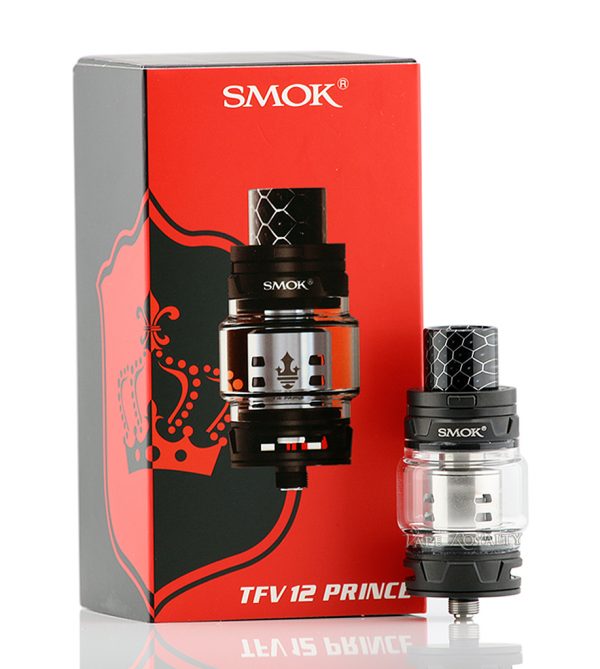 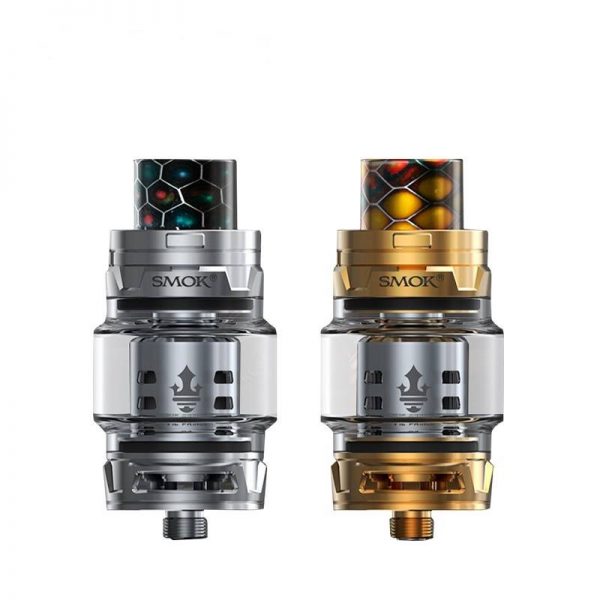 smok TFV12 Prince Sub-Ohm Tank enters the market as the most capable Sub-Ohm Tank ever released, headlined by the extraordinary 120W maximum range of the V12 Prince-T10 Decuple Coil Head, presenting unprecedented vapor and flavor possibilities. Following up on the world’s most popular Sub-Ohm Tank of 2016 with the TFV8 platform and its smaller editions, the TFV12 Prince elevates the vape tank segment even greater, capable of outputting an incredible 120W maximum with the Prince-T10 coil. The chassis design of the TFV12 Prince features multiple diameters, measuring 25mm at the base and 28mm at the widest point. The new press to open Top Fill System that isn’t featured from the previous editions is fully implemented into the TFV12 Prince, with a single fill port and a maximum tank capacity of 8 milliliters