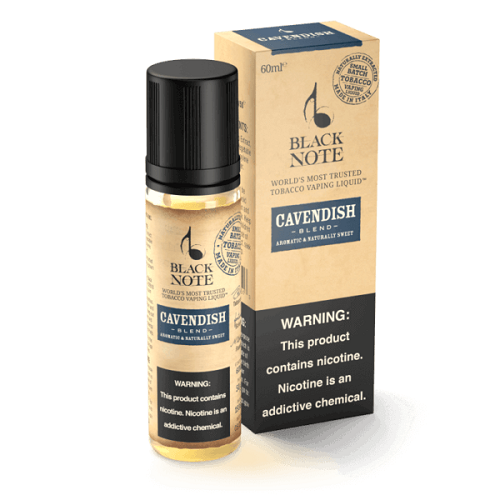 Note: The product image is used for illustration purposes only. This product does not contain nicotine.

Several different stories surround the origin of Cavendish, but all of them involve tobacco that was being transported on the ship of Sir Thomas Cavendish in 1585.

One tale says Cavendish infused his personal supply of tobacco with dark rum to prevent it from drying out and getting mouldy. He then rolled the wet leaves together, binding them tightly with sail canvas and twine. Much to his surprise, the flavour improved.

The tobacco smoked sweeter, was mellower and had an aromatic fragrance. The process of using double fermentation to create Cavendish tobacco was born.

Another tale says Cavendish was created by accident, when several massive barrels of fire-cured Virginia tobacco got wet while on the ship of Lord Cavendish. When the tobacco shipment arrived after spending weeks in the hot summer weather, the tobacco was black. But it had an absolutely enticing aroma.

Although he was reimbursed for the damage by the insurance company, Lord Cavendish was also able to sell the black tobacco because of its captivating aroma. The tobacco had turned black and highly aromatic due to over-fermentation, which occurred when the water began decomposing the tobacco’s natural sugar without allowing mold to take over. The process has since been reproduced on all types of tobacco to create Cavendish tobacco.

Note: The process only works with fresh water; tobacco dampened by salt water is a total loss.