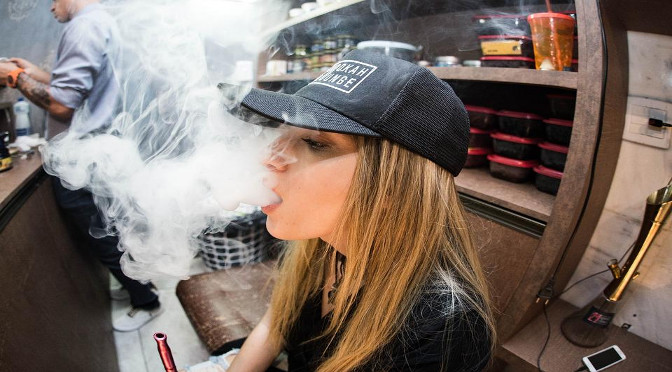 How You Can Convince Vaping to be Allowed at Work

If you are a vaper, and are a regular cigarette smoker, you know how upsetting it can be for people to treat you a class below because of your smoking habits. You are restricted to smoking outside, inside your car, or even just away from your place of work in general.

But now that you have switched, things probably have not changed as much. Many businesses and employers really haven’t started to notice the key differences between e-cigarette smoking and regular tobacco smoking. As a matter of fact, some countries are attempting to outlaw vaping and similar products such as E juice with Australia with advisory labels, taxes, and more.

Because vaping is a fairly new thing, the general public will generalize vaping as harmful as smoking due to the process of vaping that is involved. Until the public opinion changes, we are going to be labeled as tobacco users and smokers, which cannot be further from the truth. But vaping does involve minimal flames or combustion, toxic fumes or odors, or any association to tobacco, so those are big ways that vaping is set apart from cigarette smoking. The only similarity amongst the two is the puff of smoke that you exhale.

So that brings up the big question of “How can you make vaping acceptable in the workplace?” Since vaping is different from smoking in the sense that it is not a crucial potential fire hazard, some public places have started to allow vaping. Whether or not your place of work could allow vaping depends on where you work, how many coworkers also like to vape, and what kind of work is involved in your job.

The best way to convince your boss to allow vaping in the vicinity would be if there are a lot of people that you work with who like to vape too. If there are many people in your office or building that use E juice with nicotine in Australia, they are likely used to going outside to vape on their breaks. You can likely convince your boss that allowing vaping in the workplace can eliminate these smoke breaks so that they employees can be allowed to vape as they are working. Because of this, productivity will increase and more work will get done in a given day compared to employees who have to go outside to vape. Depending on where you work, this likely will not be convincing to your boss, as there are other coworkers who likely don’t smoke at all and get bothered and distracted by nearby smoke.

On the other hand, you can think of more reasons to allow vaping in the workplace beside just an increase in productivity. You can also make the argument that permitting employees to use e-cigarettes in the office will increase the morale of those employees by cutting down the number of times that they need to go outside for a break, especially in the wintertime. Another thing to point out to employers is the money that they could save on commercial insurance because switching to e-cigarettes from tobacco cigarettes will greatly decelerate the risks involved with smoking.

Ultimately, the environment where you work will determine how likely your employer will allow vaping considering the benefits of vaping in the workplace that we have just presented. If they do allow you to vape, just be sure to be considerate for your coworkers around you when you decide to vape so they do not get distracted because of you.